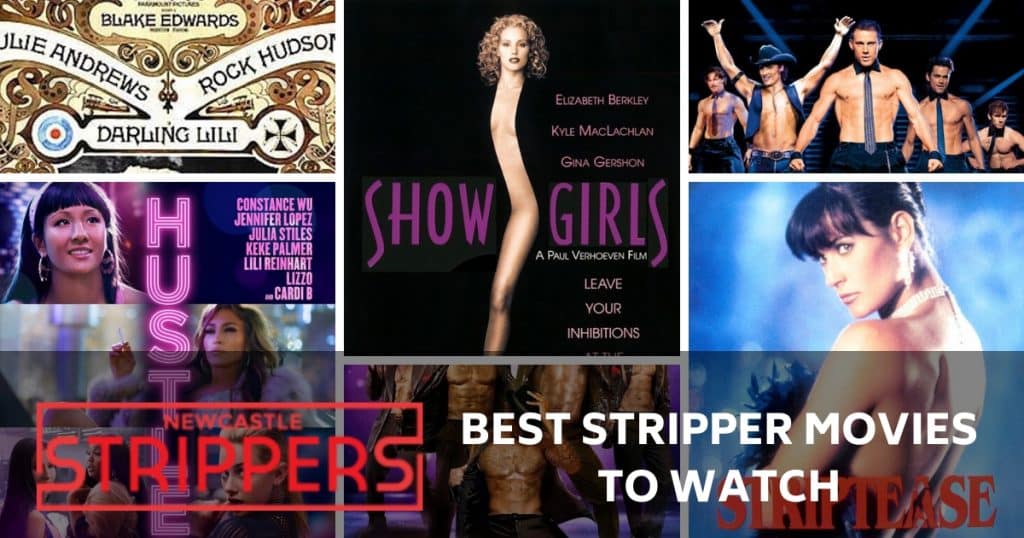 Hollywood has long since been intrigued by the world of strippers. Let’s admit it, they live in a strange, yet exotic and dangerous world. Not everyone has the looks and the talent to be strippers. Stripper movies allow us to see their lives from their point of view. Though some are a bit unrealistic, they are still good entertainment. With gorgeous stars and exciting plots, these movies are perfect during a get-together with friends.

Here are some of the sexiest and best stripper movies of all time. Round up your mates and your girls and grab that popcorn for a night of fun and sizzling films.

The newest in the list is this Jennifer Lopez and Constance Wu movie. Hustlers is about a group of female strippers who drug their target clients and steal from them.  Julia Stiles, Keke Palmer, and Lili Reinhart star alongside Lopez and Wu in this compelling thriller. It has incredible visuals and has a surprising emotional depth.

This strippers-turned-criminals flick is not just for the ladies. Men can also enjoy this provocative film. It has an undoubtedly great story plus gorgeous female leads. What more can you ask for in a movie?

Who can forget Channing Tatum and his group of hot and muscular men? Certainly not the ladies who lined up at the cinemas to watch Magic Mike. This 2012 movie follows Adam, played by Alex Pettyfer, who joins the stripping world. Mike, who was played by Channing Tatum, takes him under his wing. The film is loosely based on Tatum’s experiences as a stripper himself before he became a Hollywood star.

The movie also starred Olivia Munn, Matthew McConaughey, Joe Manganiello, Matt Bomer, Adam Rodriguez, and Kevin Nash. It was such a box office hit that a sequel was made. Filled with a bunch of hot and gorgeous men, Magic Mike is the perfect flick to watch for an all-girls get together.

Darling Lili is a 1970 American musical spy film starring Julie Andrews as a German spy. No one is more wholesome than Julie Andrew, so nothing is more intriguing than a movie where young Julie shows some skin. The film is set in World War I and tells the story of Lili Smith. Lili is a British music hall performer and a spy. She uses her feminine wiles to get valuable information from the enemy.

The film follows a group of college students who meet a strip club owner and convinces them to join the world of stripping. It stars Robert Ri’chard, Michael Jai White, Vivica A. Fox, and Carmen Electra. The film was considered as on par with Magic Mike.

Call Newcastle Strippers for a Sizzling Night of Fun

When you are planning a party, let Newcastle Strippers help you prepare for it. We offer a wide range of packages to make your party fun and exciting. You can choose from our hot and gorgeous strippers to our beautiful topless strippers, to our dwarf hires and fatagrams. Call us now and let’s create a fantastic party for you.