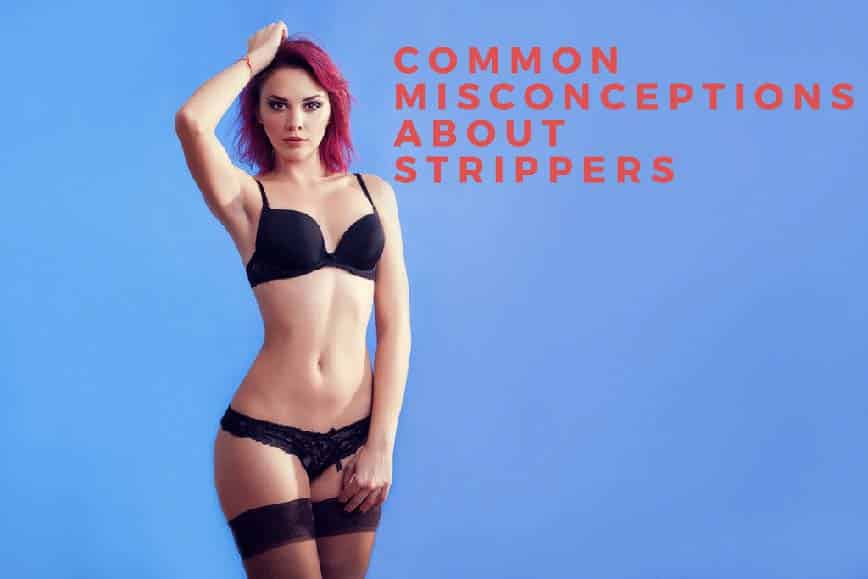 Contrary to what most people believe, strippers aren’t party girls and prostitutes who earn money getting naked so they can feed their addictions. Newcastle strippers, as with other workers in the adult industry, are people too, like you and me. They just happen to work a different line of job.

Strippers face judgement from strangers, their friends, and even their family on the daily. Here are 7 common misconceptions about them.

People assume quite often that strippers are party girls who take drugs and party all night. Yes, there may be some who do, but here’s the thing: Strippers do have a good time when they’re working, but not so good that they’ll drink too much, take drugs, or end up acting inappropriately. This can cause them to get fired.

Also, there will be clients who will offer drugs to strippers but they can always say no if they aren’t really into this kind of thing. It’s that simple.

You’ll hear some people who’d say that strippers dance naked because their past is troubled. Their fathers are assholes and they’ve probably been raped. This is utter nonsense. Women become strippers for a variety of reasons; it’s their personal choice. They enjoy doing it, not because they hate their dads.

To think that strippers hate other strippers working in the same strip club is stupid. As with other professions, competition between each other exists but it’s friendly. Strippers are women with feelings, too. They may be seen as clawing on each other but the truth is they enjoy their co-workers’ company, just as how other people in ‘normal jobs’ do.

You’d be surprised how many strippers are currently studying and is using what they earn from working in a strip club to pay their tuition fee. There are even some who hold an undergraduate, graduate, or post-graduate degree. The general notion that all strippers are dropouts and have nowhere to go in life is simply untrue. Most have a pretty clear idea of their personal goals and how they’ll achieve them. So no, they aren’t dumb.

Strippers can be likened to salespeople. The only difference is that the product they sell to their customers is not a product from a company but their bodies. For this reason, they take care of it too well. They preen, tweeze, wax, wash, shave, wipe, and spray on body parts that non-strippers probably don’t even pay attention to. Needless to say, good grooming and hygiene is a top priority for them.

Most people have this notion that strippers take home everything they earned for the night when it’s the opposite. You see, strippers pay to work in clubs. When they are hired, they are signed as independent contractors, paying the strip club every night. They also give tips to DJs, floor managers, waiters, waitresses, and the house mom. So no, strippers don’t take home all the money.

There are strippers who are in a long-term relationship. There are even married female and male strippers. So no, stripping has no huge impact on the strippers’ love life as long as their romantic partners understand that stripping is just a job.

Strippers in Newcastle are people, too with morals and feelings like you do. They deserve the same respect that people give to others. Let’s kill the stigma surrounding strippers by not jumping to conclusions and judging without really knowing who strippers really are.

You deserve the best entertainment for your big event